Self-Represented Litigants and the Bar

I was disappointed but not surprised by the State Bar Board's action last Friday in response to intense lobbying by the Family Law Section/Foundation, as reported in today's Texas Tribune. I spoke at the hearing and provided some new data collected by my office that shows that 21.6% of family law matters in district and county courts in Texas are initiated by a "pro se" or self-represented petitioner. (My previous post asserted that 45% of divorce cases, a subset of all family law, are self-represented, and I stand by that estimate, which was also validated by the Travis County District Clerk's office.)
I also told the Bar Board that my national group published a paper on this topic all the way back in 2000, and that the Future Trends in State Courts publication has featured the topic of SRLs in the last five editions, so it isn't like the Access to Justice Commission just came up with this problem out of the blue.  I wanted to point out, but my three minutes did not allow for it as I recall, that in fact the people who are currently using forms are mostly poor; data from TexasLawHelp shows that 62% of those who access the forms on that website earn less than $26,000 per year. (The gravamen of the Family Bar's complaint seems to be that some people who aren't poor enough to be deserving of the ATJ Commission's concern and effort will benefit from forms.)

So as reported, the Bar voted to gather data regarding the pro se issue [despite my suggestion that we have plenty of data], identify any problems presented by pro se litigants as to how courts and others are currently handling pro se litigation [despite several years of work by my office and others as noted in another prior post], and work with all stakeholders to provide potential solutions to the Supreme Court.  The vote had no deadline for this work but State Bar President Bob Black - whom I like and admire although we disagree on this issue - indicated a six to nine month process. Yes, this work needs to involve all stakeholders, but I continue to believe that the problem is well documented, that several strategies to address it are well established, and that it isn't really the Bar's job, from their arguably self-interested perspective, to study the self-represented and how the court system should respond.

Yesterday an email blast went out to Texas Family Lawyers over the signature of the Chair of the Family Law Section, encouraging the members to thank the Bar Board for their vote and including the following language:


The Forms Task Force is just one component in a seven-point Access to Justice Commission plan that will assist pro se litigants by re-engineering the justice system and the role of lawyers in it—using the central authority of the Supreme Court to issue a top-down order to implement the changes statewide. Our position has been and continues to be that ATJ’s seven-point plan is beyond its charter and that any such overhaul of the system should properly be led by the State Bar, its Sections, and its members.

Just to get it all out there, that dire assertion appears to be based upon their reading of a document dated July 1, 2011, reproduced in full below:

The Self-Represented Litigants Committee (herein “SRL Committee”) was formed in the wake of “The Texas Forum of Self-Represented Litigants and the Courts” held in April 2010. The Forum was hosted by the ATJ Special Projects Committee and co-sponsored by the Office of Court Administration, the Texas Access to Justice Foundation, the Legal Services Corporation, and the Texas Legal Services Center. Additional support was provided by the Texas Bar Foundation and the Dallas Bar Foundation.

The SRL Committee is charged with addressing the challenges presented by the increasing number of self-represented litigants interacting with Texas courts by providing tools to help pro se litigants navigate the court system.

Education Subcommittee: The Education Subcommittee will inform and educate the judiciary, private bar, and the public about self-represented litigant issues, and how to more effectively serve self-represented litigants. The Subcommittee is currently devising a workshop for members of the judiciary and court personnel. This training will eventually be conducted in all nine administrative judicial regions. Clerks and court staff will be trained on how to provide legal information while remaining impartial, maintaining confidential information, and avoiding ex parte communications. Further, participants will be taught the critical difference between legal advice and legal information. The Subcommittee is also working on a series of workshops to be given to new local bar leaders at the annual Local Bar Leaders Conference held by the State Bar of Texas in Houston this July.

Assisted Pro Se Subcommittee: The Assisted Pro Se Subcommittee is working towards expanding the availability of legal services for pro se litigants. Specifically, how legal service or pro bono attorneys can help pro se litigants represent themselves in court, including preparing pleadings and other court forms, advising which course of action to take, and preparing for hearings.

Supreme Court Uniform Forms Task Force: The Task Force is charged with developing proposed pleading and order forms, to be evaluated and approved by the Court, with the express purpose of enabling the courts to help pro se litigants navigate the legal system and improve court efficiencies. The Task Force meets on a monthly basis and is working on basic family law forms for a divorce without children. The Task Force is set to complete these pleadings and forms by September 2011.

That's it; six subcommittees plus a task force apparently equals a seven point ["re-engineering"] plan. If the Bar study effort forms any subcommittees, I guess the number of them will dictate the points in their plan. The dreaded "top-down order" must be a reference to the Uniform Rules and Guidelines Subcommittee, which has not come up with anything they would recommend in the way of uniform rules or legislation.  Of course, there is the presenting problem, we would like the Court to adopt safe-harbor uncontested divorce forms like they already have with the Protective Order Kit. I did not hear any testimony at the Bar Board in opposition to that kit, and I would hope that it will not be attacked, but everything the family lawyers said in the hearing would apply conceptually to that prior effort.

Here's hoping that there is middle ground somewhere in this mess! 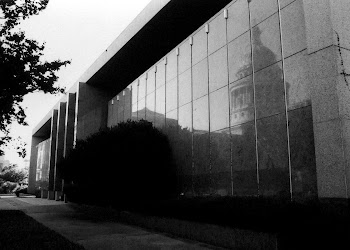